Check out our newest service, Red Light Therapy! Does amazing things for your skin. Click and scroll down

The effects of ongoing stress

Even without the added stress and anxiety of living through a global crisis, most people feel our modern way of life tends to exert a lot of pressure or stress in general. People’s perceived level of stress has shown an upward trend and can often manifest itself in physical and psychological symptoms. According to the American Institute of Stress (2014), 77% of people, reported they experience physical symptoms from stress (insomnia, headaches, stomach upset, heartburn, high blood pressure, fertility problems etc) and 73% experience psychological symptoms (irritability, anxiety, depression and lack of energy) along with 54% stating that stress led to strife with friends and family.

The current state of things has only added even more stress on everyone in general. Resulting in chronic “crisis fatigue” and people need ways to relieve this ongoing stress.

Finding ways to recharge is more important than ever before, but there’s a healthy amount of skepticism about alternative wellness practices, including floating. So how can we be sure floating is as helpful as it claims to be?

There was a recent Tedx Talk by a well known scientist, Dr. Justin Feinstein from the Laureate Institute of Brain Research, who shared some of his research findings about the effects of floating on stress. What’s so incredible about this research is that every single person who participated in it experienced some amount of stress relief, with most people experiencing a significant reduction in their stress levels that lasted for more than a full 24 hours after a single session.

24 hours is a pretty long time for any given treatment to work. Just think: if there was a pill that would make you virtually stress free for a whole day, who wouldn’t want that? While floating isn’t quite as easy as taking a pill, the benefits of it seem even more significant than most available anti-anxiety treatments. Not to mention, you don’t have to worry about things like interactions with other medications or other negative contraindications.

Dr. Feinstein has been studying people with stress-related illnesses like PTSD, depression, and anxiety, and what he’s finding is that people who have the highest levels of stress before floating experience the largest benefit. Basically, everyone who floated returned to a baseline level of relief so no matter how anxious you are, floating is going to bring you down to a similar level of relaxation as everyone else.

How does it work?

This is all really fascinating, but how does it work? Is it really as simple as sitting in the dark and not thinking about anything for an hour or more? It looks like it.

Floating allows our minds and bodies to slow down, gives us the ability to recharge more quickly, and puts our brains in a more dreamlike state. The solitude of a float, where we know we can’t be bothered by the outside world, is a massive destresser that is surprisingly difficult to find elsewhere.

To help illustrate this point, let’s move from science to history. There’s a psychologist named Peter Suedfeld who did a lot of groundbreaking research into “sensory deprivation” back in the 60s and 70s. Dr. Suedfeld’s work didn’t focus on float tanks (at first), but instead involved placing people in completely dark rooms in total isolation for 24 hours or more at a time. He called this process REST (Restricted Environment Stimulation Therapy).

At the time, psychologists were very misinformed about sensory deprivation — they essentially thought it was torture. Previous research was incomplete, and the methods that researchers used were suspect at best. They would prime subjects to bad outcomes before the experiment even began; focusing on negative side effects in their introduction. The experiments themselves involved exposure to constant harsh lights and loud noises — which doesn’t exactly sound like sensory deprivation, does it? Dr. Suedfeld thought that it was possible to take a different approach and get a positive effect. And he was right.

Dr. Suedfeld focused on keeping subjects at ease and making the process simple for anyone participating. What his research found was that instead of feeling like it was torture, people actually enjoyed the sensory deprivation experience! The subjects felt it was relaxing and beneficial. One participant even tried to sneak in multiple times under different names to repeat the experience!

Over the years, he found out that there was a positive potential benefit to REST in many areas: addiction treatment, helping people with autism, enhancing creativity, and, of course, reducing stress. It shouldn’t be surprising, then, that there are entire groups of people who choose to live in total darkness for months at a time and say they find it peaceful.

This research was foundational for the future of float tanks, and helped to key in early on to the benefits of floating and reducing stress. In fact, back in the 80s and 90s, scientists started calling it “Floatation REST” and referring to the dark rooms that Dr. Suedfeld used as “Chamber REST”.

Since then, scientific understanding of sensory reduced environments has only grown, and in the age of information, the benefits of isolation run in stark contrast to how we live our day-to-day lives. Luckily, you don’t need to spend a day in the dark to experience the benefits — we’re learning now that Float REST can provide similar benefits in just a single session (though of course, the longer you can float, the better).

In his talk, Dr. Feinstein notes how we aren’t designed to be constantly plugged in and looking at screens all day, listening to cars driving by, or dealing with the glare of fluorescent lights non-stop. Neither were we supposed to be constantly thinking about what we have to do next, fit a full 8 hour workday on top of raising families, going to school, and being a part of our communities.

Even when we enjoy these things, they can wear us out and add to the stress of our daily lives. Taking a break can give us a reset button, and floating has been proven to be one of the most effective ways to do that. 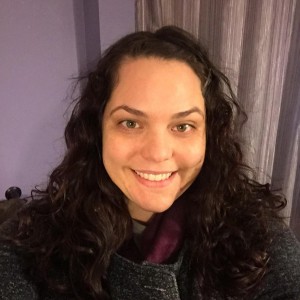 Kari Jo Green
Serving others by creating a unique space to relax, rejuvenate, and leave radiating in newly restored energy. Let The Luminary light YOUR path to wellness.

You may also want to read…

Floating is Safer than the Grocery Store

Let The Luminary light your path to wellness.

Learn about new wellness products and discounts on our services by signing up for The Luminary Wellness Club.

Have a question or need to schedule? Call 1-833-FLOAT-EC

Open Tue–Saturday
By Appointment Only